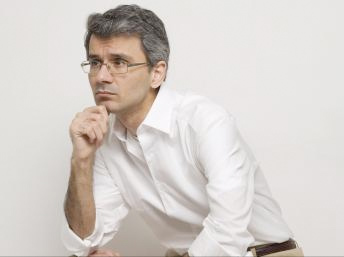 PEN International’s Writers in Prison Committee is seriously concerned about the arrest of literary translator and poet Mohammad Soleimani Nia, who has been held without charge since 10 January 2012. The reason for his detention is not known. PEN is seeking further information about his well-being and any charges against him as a matter of urgency, and it calls for his immediate and unconditional release if held solely for the peaceful exercise of his right to freedom of expression as guaranteed by Article 19 of the International Covenant on Civil and Political Rights, to which Iran is a signatory.

According to PEN’s information, Mohammad Soleimani Nia, aged 39, was detained on 10 January 2012 after responding to a summons to report to the Revolutionary Court in Tehran. After arriving at court, he was accompanied by security guards to his home in Karaj, outside Tehran, which he shares with his parents. The guards searched the house and seized computer equipment and documents before taking him away.
According to a source close to his family, Soleimani Nia has been under pressure since late November 2011, when he was questioned by security and intelligence officers and banned from leaving Iran. According to Iranian American writer Firoozeh Dumas, who worked closely with Soleimani Nia on the translation of her book Funny in Farsi, he had been developing a website similar to ‘LinkedIn’ designed to help Iranians find work. No information about his whereabouts or any charges against  him have been made known, although his family fear that he is being held in solitary confinement in Tehran’s Evin prison, notorious for its harsh conditions. There are mounting concerns for his well -being.

The arrest of Mohammad Soleimani Nia comes during a renewed crackdown on independent and dissenting voices ahead of the parliamentary elections scheduled for March 2012. At least ten journalists have been arrested in January 2012, according to the Committee to Protect Journalists (CPJ).

If possible please send a copy of your appeal to the diplomatic representative for Iran in your country.